Known for inspiring parents, grandparents, aunts, and uncles with handmade gift ideas, designer Cris Salerma lets them delight the beloved children in their lives with creative crochet fun hats and delightful gifts. The shop was the result of Cris’s new-found passion for crochet and delighting her daughter. Prior to starting her shop, our designer was a professor of engineering in Manila, a research associate in Tokyo and London, and a local teacher of science and maths. Cris’s crochet skills only came about after the birth of her daughter 6 years ago. This was a complete surprise for her family and friends as crafting involving fabric was a complete no-go activity for Cris as she was always last in class growing up in Manila. While watching and nurturing her daughter grow, her crochet skills grew as well with every gift giving opportunity, mostly for her friends’ tots. The inspiration for her first collection, which was the rainbow unicorn hat, a Christmas gift for her daughter’s best friend, was the trigger in which the shop was started. Since then, Cris Crochet Shop’s most loyal customers have enjoyed gifting their special little (and not so little) people with her fun and whimsical creations. Cris Crochet Shop has been featured in the Star Tribune, Daily Herald, The Press, Oxford Times, Boston Herald, Northern Echo, Digg, Union Tribune, and The Herald, as well as local craft fairs and trade shows.

For press and media inquiries, you can contact us here. 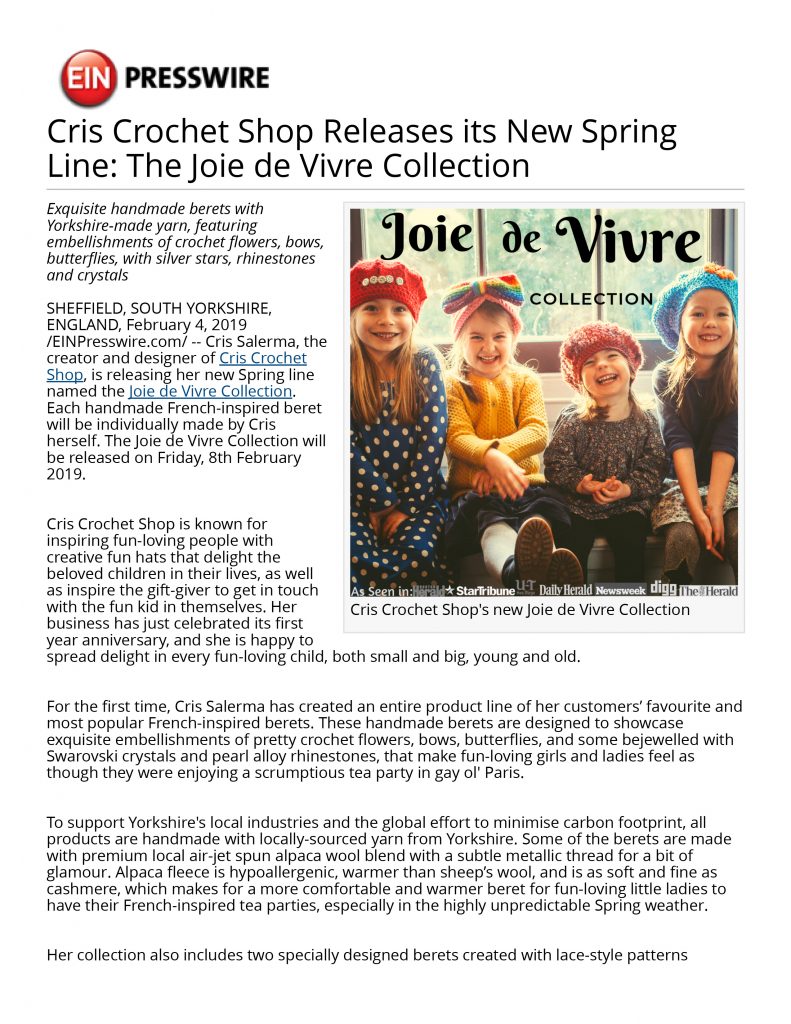 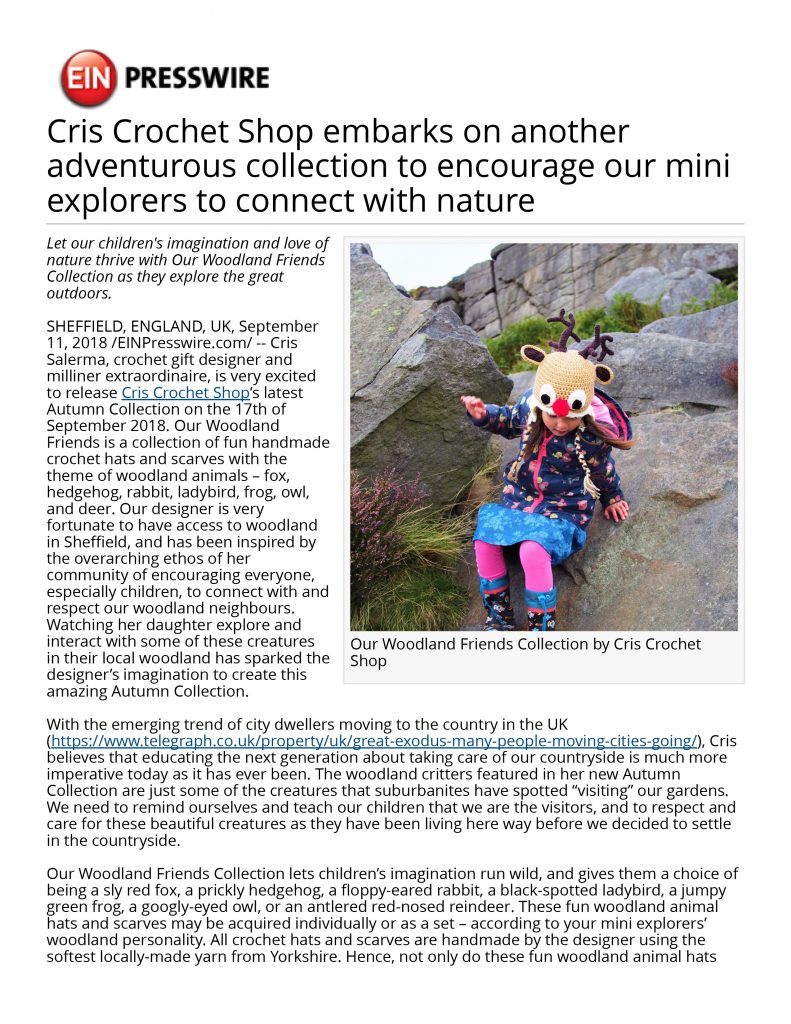 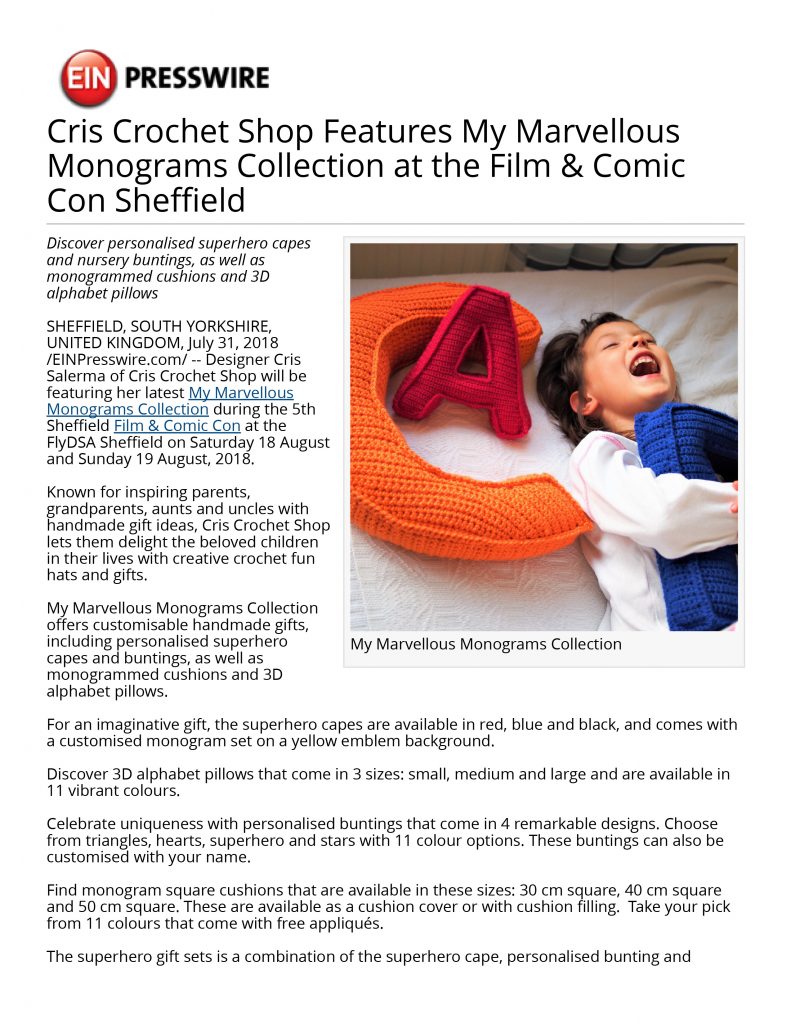 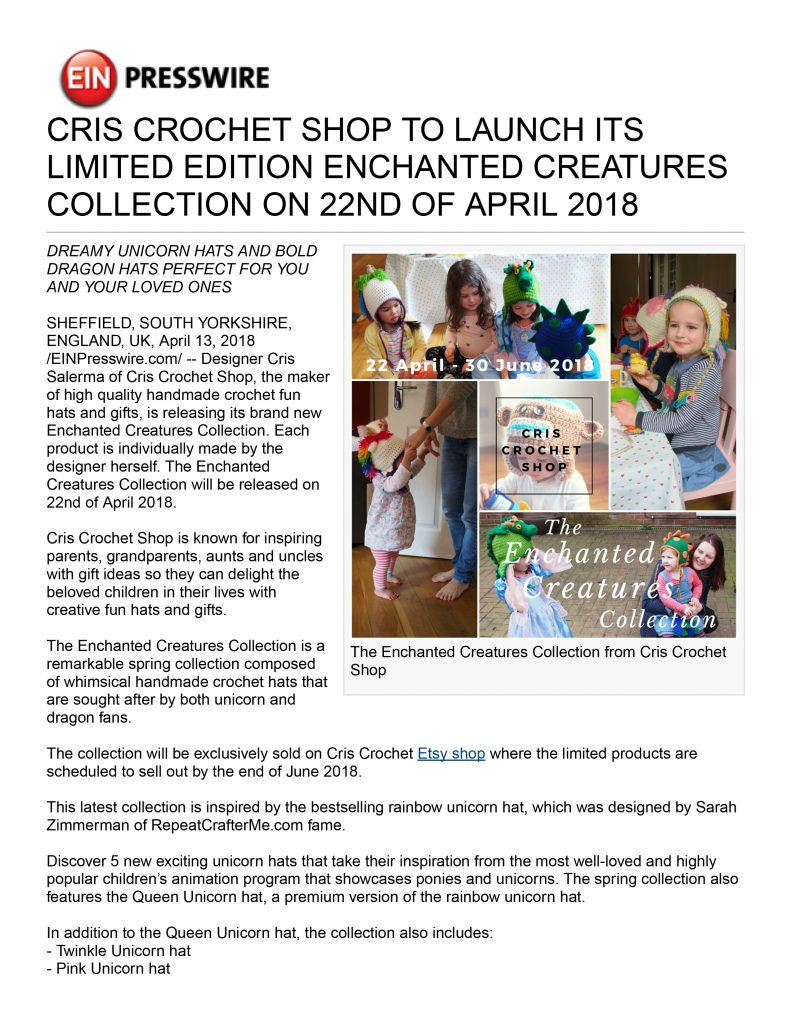 Facebook Instagram Pinterest
Cris Crochet Shop will use the information you provide on this form to be in touch with you and to provide updates and marketing. We will treat your information with respect.